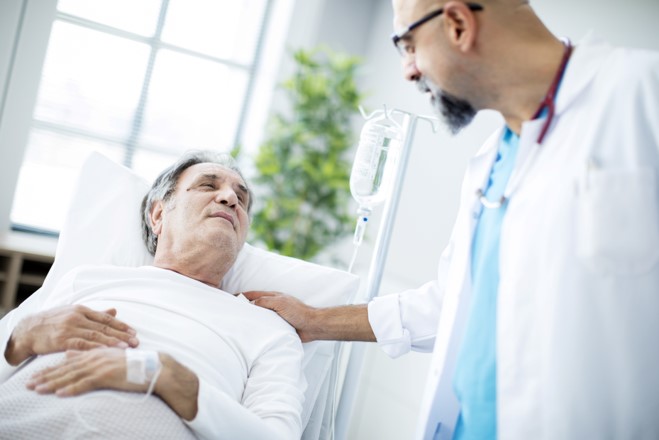 With the extension of expected life span in the United States, the aging population is expected to increase. By 2030, 20% of the country’s population will be greater than 65 years old. When compared to the younger population, elderly individuals are four times more likely to require surgery so it is useful to review the pharmacologic considerations and dose adjustments for anesthetics delivered to these patients.

Other reasons for increased sensitivity to anesthetic agents include structural and functional changes in the aging neurologic system. After age 40, the volume and weight of the brain decline by roughly 5% per decade. This process accelerates after 70 years of age. Nerve conduction velocity decreases, and neurotransmitter levels and activity are altered (e.g. decreased presynaptic release of GABA may be responsible for the increased sensitivity to benzodiazepines in the geriatric population). Baseline cognitive decline becomes more prevalent, putting patients at risk for postoperative delirium and cognitive dysfunction.

Cardiac output also gradually declines with age, leading to higher initial peak drug concentrations but greater time to reach the target site. Therefore, smaller doses of IV induction agents are required, but they have a slower onset of action. Inhalational agents however, have a faster onset since anesthetic washout from the lungs is reduced in the setting of decreased cardiac output.

Renal cortical mass is reduced by 25% by age 80, and renal blood flow decreases by 10% per decade after age 40. This culminates in a 50% decrease in glomerular filtration rate by age 80. Therefore, any agents that are dependent on renal elimination should have a dose reduction in the geriatric population.

Furthermore, hepatic blood flow declines 10% per decade and liver mass decreases as well. This affects primarily drugs that are metabolized by phase I reactions, as these are flow-limited, in contrast to those cleared by phase II reactions which are capacity limited and not affected by declining hepatic function. Polypharmacy in the elderly may also interfere with the cytochrome P450 pathway, affecting the metabolism of drugs used by anesthesiologists. More than 90% of patients older than 65 take more than one drug, 40% take 5 or more per week, and 12% use 10 or more per week.

Altered metabolism of anesthetic drugs in the elderly often necessitates a dose adjustment. Propofol should have a 20-50% reduction in bolus and infusion rates. Fentanyl and remifentanil should have a 50% reduction for bolus and infusion rates in patients over age 80. Morphine, hydromorphone, and meperidine should have reduced doses given the concern for active circulating metabolites. Midazolam is not recommended in geriatric patients given the increased risk for delirium, but if necessary the dose should be decreased by 25-75%. There is no change in succinylcholine and cisatracurium dosing, although rocuronium doses should be reduced. MAC for inhalational agents decreases by 6% per decade after age 40, and a BIS monitor is recommended to guide depth of anesthesia.