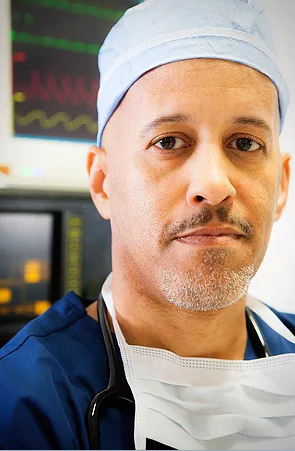 A growing number of leaders in the healthcare industry are looking to blockchain technology as a means of increasing the accessibility and interoperability of medical information. First used to record trades of the online crypto-currency Bitcoin, blockchain technology documents online transactions while ensuring that those transactions are secure. Whereas previously intermediaries were needed to facilitate exchanges over the internet, now the blockchain itself is able to fill the role of the intermediary. It accomplishes this by encrypting each piece of information, or “block,” contained in its record with a string of numbers and letters. This unique code can be checked to confirm the validity of the data contained in its corresponding block. It also serves as documentation of the block’s history, changing each time its contents are edited or accessed without permission. Information stored using blockchain technology can be retrieved by many computers on a single network, without the use of an expensive central database. Many companies in the financial services industry have already developed blockchain solutions to meet their data needs.

Now several of the key players in the health industry are calling for firms in their sector to take similar steps. Bruce Broussard, the CEO of Humana, extolled the merits of blockchain in an article last August, writing that it was “positioned to be the next dramatic innovation in health care.” He pointed to the potential for blockchain to supplant intermediary Health Information Exchanges (HIE’s) as one of its advantages, an opportunity to reduce “transaction time, fees and fraud” in health industry operations conducted online. The Office of the National Coordinator for Health Information Technology (ONC) also put on a competition designed to encourage the development of blockchain solutions for the health care industry, inviting groups from across the country to submit their recommendations for how the technology should be used. Moreover, a survey carried out by IBM found that 56% of health executives expect their firm to have blockchain technology solutions implemented by the year 2020. A variety of businesses have stepped forward to help health companies take advantage of blockchain’s myriad capabilities. Gem, a major blockchain developer, recently created Gem Health, a branch of its operations dedicated to finding blockchain solutions for the health sector. IBM’s Watson Health is also working with the US Food and Drug Administration (FDA) to investigate potential uses for blockchain in the public health field.

Healthcare leaders still have doubts, however, about the feasibility of creating large scale blockchain solutions. More than fifty percent of the managers interviewed by IBM cited “poor technology,” “insufficient skills,” and “regulation” as possible obstructions to the advent of blockchain in the health sector. A report by Tierion, a prominent blockchain data platform, echoed the sentiments of the managers. The authors of the report warned that the cost of switching between blockchain vendors could be “prohibitively expensive,” thereby granting suppliers of blockchain platforms greater power to raise prices without fear of losing revenue. The nascent state of blockchain technology, the authors explained, also makes it more costly to set up blockchain systems. There are relatively few blockchain developers, and they will likely charge more for their services as demand grows in the coming years. While blockchain has a promising future, many are making a strong case that companies should wait until the technology has become more established before they adopt it as their chief data platform.

Firms in the anesthesia services sector and their patients could gain from the wide-scale implementation of blockchain technology platforms. Certified Registered Nurse Anesthetists (CRNAs), physician anesthesiologists and anesthesiology assistants would be able to see realtime updates of their patients’ medical information as other physicians uploaded new data on shared patients to the blockchain. Anesthesiologists and their patients could rest assured that their electronic medical records, once a target for malicious hackers, were secure, protected by the blockchain’s encryption codes. Patients would also have greater access to their own medical information, and direct control over which health organizations were allowed to view and edit their data. Companies in the anesthesia services sector will have to weigh these potential benefits against the costs of blockchain, however, including the high fixed cost of developing a blockchain platform and the risk of using relatively untested technology. In the coming years it will become clear whether blockchain technology is able to deliver on its advocates’ many promises, or if the present blockchain optimism is simply a passing trend.