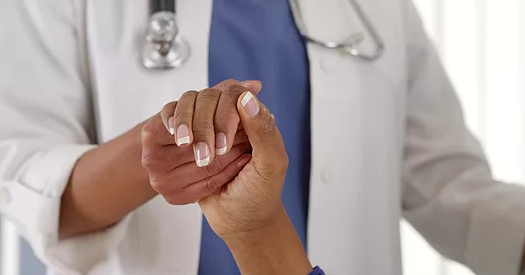 Initiated in the 1990s, the Enhanced Recovery After Surgery (ERAS) protocol is an interdisciplinary, multimodal, and evidence-based approach to the perioperative management of patients undergoing major surgery. The protocol has been shown to reduce hospital stay and post-operative complications, resulting in earlier return of bowel function, assisting in earlier resumption of normal activities, and improving cardiopulmonary function.

The anesthesiologist or CRNA is uniquely positioned to implement the protocol. Surgery causes a substantial amount of stress for the body. ERAS attempts to disrupt these stressors through preoperative counseling, optimizing nutrition, standardizing analgesic and anesthetic regimens, and early mobilization postoperatively. Preoperatively, fasting periods are minimized, and patients may undergo carbohydrate loading. Intraoperatively, the anesthesiologist attempts to maintain normothermia with warmed intravenous fluids and warming blankets, administers fluid in a goal-directed manner, closely controls blood glucose levels within a specific range, and ventilates within lung protective parameters. Opioids are minimized or avoided entirely. Post operatively, nausea is prevented with medications like dexamethasone and ondansetron and treated accordingly. Oral intake and nutrition is encouraged early, and adhering to an opioid-free pain regimen supports the goal of earlier ambulation and gut motility.

Recovery can be delayed by inadequate pain control, thus multimodal analgesia is an important component of ERAS. Hospitals in the U.S. often rely on large doses of opioids as first-line analgesia, which contributes to side effects such as constipation, nausea, and sedation. By using multiple analgesic agents and techniques at the same time, better pain relief can be achieved. This includes regional anesthesia such as peripheral nerve blocks or epidurals, non-opioid analgesics like COX-2 inhibitors or NSAIDs, intravenous or oral acetaminophen, anticonvulsants, and infusions of ketamine or lidocaine, all of which can minimize the use of opioids in pain control.

The benefits of the ERAS protocol are many. Many reports in literature have described improvement in surgical outcomes including reduction in postoperative complication rates and opioid prescribing rates. Hospital mortality has decreased among colorectal surgery patients, along with a reduction in other complications such as nausea, weakness, infection, blood clots, and delirium. Patient satisfaction has increased, and cost effectiveness has been demonstrated in numerous studies around the world. The considerable costs of implementing an ERAS program is easily offset by the potential savings of thousands of dollars per surgery. Healthcare providers should expect ERAS and multimodal analgesia to become more prevalent in the perioperative setting as the benefits of ERAS become better known and accepted.