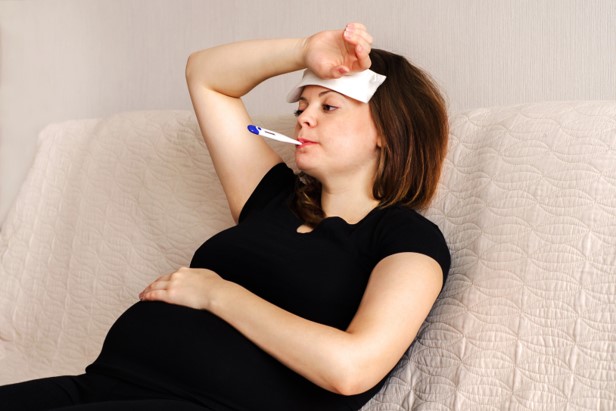 Despite earlier controversies, it is now more widely accepted that epidural labor analgesia has a causal association with maternal hyperthermia and maternal fever. However, the issue is complex given the wide range of etiologies of maternal fever, and the criticisms that the studies supporting the association are prey to selection bias, bias in obstetric practice, and flaws in study design. Anesthesiologists consenting patients for epidural analgesia should have a grasp on what is known on this issue to better inform their patients.

While observational studies showing an association between epidural analgesia and maternal fever may exhibit some degree of selection bias, as those women who are at greater risk of fever (e.g. longer labor, longer duration of ruptured membranes, more frequent cervical examinations) are also more likely to get epidurals, randomized controlled trials comparing intravenous opioids or unmedicated labor to epidural analgesia are more convincing of a causal relationship.

The mechanism of this relationship is not completely understood. Only 20% of women who receive epidurals actually develop maternal fever, and some do not show any core body temperature elevation. The most widely supported mechanism is that of a noninfectious inflammation mediated by pro-inflammatory cytokines. Other theories include altered thermoregulation and sparing of opioids, which may suppress fever.

Maternal consequences of fever during labor include an increase in heart rate, cardiac output, oxygen consumption, catecholamine production, shivering and antibiotic exposure (as suspected chorioamnionitis is empirically treated). Obstetric management may also be altered, with febrile women seeing a higher incidence of vaginal and cesarean delivery, whether due to an altered labor pattern or obstetrician fears of maternal or fetal complications due to delayed delivery in setting of fever and/or possible infection.

Maternal fever during labor also results in fetal hyperthermia, which may be associated with low fetal tone, low Apgar scores, the need for advanced airway, and cardiopulmonary resuscitation, and neonatal seizures.

Prevention and treatment of epidural related maternal fever is unfortunately either ineffective or impractical, largely due to the still poorly understood underlying mechanism and difficulty in differentiating it from other causes of maternal fever. Acetaminophen has not been shown to be effective. High dose methylpredisolone, while effective, is clinically unacceptable given the increased risk of neonatal bacteremia. Systemic opioids have at best a weak therapeutic effect on fever, and puts the neonate at risk for respiratory depression.

Further research remains to be done on prevention and treatment of epidural-related maternal fever. In the meantime, anesthesia providers can help our patients make an informed decision about their choice to receive epidural analgesia by being prepared to discuss potential complications such as this.