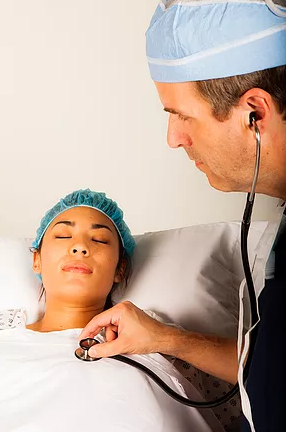 Delirium is defined as an acute cognitive decline in the form of inattention, disorganized thinking, and fluctuating mental status. It is seen most often in elderly hospitalized patients, especially those who are critically ill. A separate varietal, emergence delirium, is seen in young children emerging from anesthesia, and will not be discussed here in depth given its marked difference in characterization and treatment. We will instead focus on postoperative delirium in the adult population.

Several validated scoring methods exist for the identification of delirium. Designed with ICU patients in mind, some can be implemented on intubated patients. Despite their prevalence, one study showed only 33% of practitioners use a standardized delirium scoring system. Among these, the confusion assessment method for the ICU (CAM-ICU) and the Intensive Care Delirium Screening Checklist (ICDSC) were found to be the most valid when compared to DSM-IV criteria.

Pharmacologic choices may impact the development of delirium in the postoperative course. Benzodiazepines should be used with caution in patients who are at risk. Opioids are more ambiguous, causing confusion in the elderly but treating pain which may be a delirium trigger. Dexmedetomidine seems to have a preventative role in delirium prevention when used in lieu of propofol or midazolam sedation in the ICU, and may be a useful adjunct in the operating room (some providers run a dexmedetomidine infusion prophylactically during the surgery, or even wake patients up on a low dose infusion). A single dose of ketamine at 0.5mg/kg has been shown to decrease delirium, potentially related to its role as an opiate sparing analgesic adjuvant. Doses of anesthetic should be kept at the lowest allowable, and the use of Bispectral Index (BIS) has been shown to decrease postoperative delirium.

What has not been shown to be helpful is the prophylactic use of antipsychotic drugs and cholinesterase inhibitors, the use of the latter arising from a theory that delirium is due to a deficiency of acetylcholine in the brain. The use of antipsychotic medications such as haloperidol and seroquel for the treatment of delirium is standard practice, however there is little evidence that they reduce the duration or severity of symptoms. The use of the atypical antipsychotic olanzapine was associated with a lower incidence of delirium in one study. Care should be taken to monitor QT intervals while administering these medications.

At the end of the day, the tried and true nonpharmacologic delirium prevention and treatment methods cost the least, incur the lowest risk, and can provide significant benefit. Patient reorientation by familiar faces, implementation of sleep protocols and early mobilization should be standard of care for patients at risk for postoperative delirium.