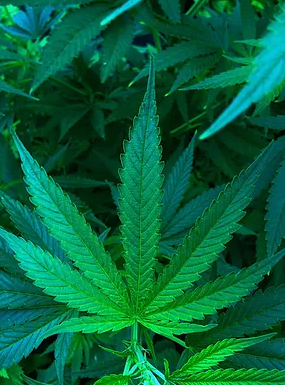 For anesthesia pain specialists, neuropathic pain continues to be an elusive target. Anti-epileptics, antidepressant, and opiate medications have historically been used for its treatment, but nonetheless as many as two in three patients who suffer from neuropathic pain are recalcitrant to treatment.

Research is ongoing for potential new therapies, and over the past decade selective cannabinoids (synthetic cannabinoids containing only tetrahydrocannabinol [THC]) have emerged as a potential drug class of interest. Cannabinoid receptors inhibit pain responses, thus helping to modulate pain, and also interact with many other receptors that are current targets for neuropathic pain medications, such as GABA, opiate, serotonergic and adrenergic.

Of these 11 RCTs, all studied neuropathic pain patients who had refractory pain after first and second-line agents. However there was variability in the etiology of this pain and its distribution. Heterogenity also existed in the type of opiate used (1 dronabinol trial, 3 nabilone, and 7 nabiximols), treatment duration (2 to 15 weeks), and dosages.

Primary outcome in all studies was pain score using the numerical rating scale at least two weeks after therapy initiation. There was a statistically significant but clinically small reduction in pain scores in the selective cannabinoids arm compared to the placebo/standard treatment arm (mean difference −0.65 points; 95% CI, −1.06 to −0.23 points; P = .002, I2 = 60%).

Adverse effects of selective cannabinoids reported in the included trials were largely mild to moderate, and most commonly included dizziness/lightheadedness, somnolence, and dry mouth. However there were rare severe adverse effects requiring withdrawal from the studies: confusion in two patients, headache in one patient, agitation and paranoid ideation in two patients.

In summary, selective cannabinoids offer a small clinical reduction in pain scores in the treatment of recalcitrant neuropathic pain. They may offer improvement in sleep quality and patient satisfaction. These benefits must be weighed against potential adverse effects. Weaknesses of this meta-analysis included heterogeneity of the studies as well as possible publication bias. Further research is required to standardize dosages and treatment duration, and to better define adverse effects.