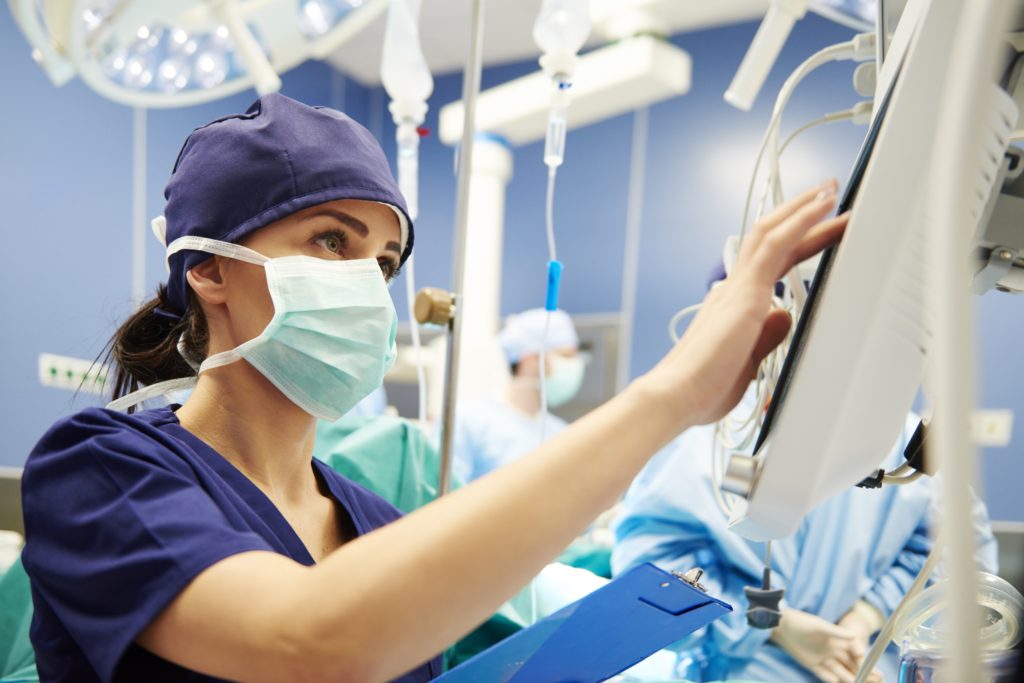 Parkinson’s disease (PD) is one of the most common disabling neurological diseases. It affects over one million individuals in the United States and about 1% of the population over 60 years of age (1). It is a degenerative disease of the central nervous system caused by the loss of dopaminergic fibers in basal ganglia of the brain, and comprises a classical triad of resting tremor, muscle rigidity, and bradykinesia (2). PD is an important cause of perioperative morbidity and with an increasingly elderly population, it is being encountered with greater frequency in surgical patients.

Unfortunately, quite a few anesthetic medications have been identified as a potential cause of morbidity in patients with PD, due to interactions with certain drugs used to manage PD (3). As a result, there are special considerations regarding the risk of anesthesia in these patients when undergoing surgery. Many drugs used in the perioperative period, such as metoclopramide, butyrophenones (haloperidol, droperidol), and phenothiazines (promethazine, prochlorperazine) have anti-dopaminergic activity that can worsen the symptoms of PD, and should be avoided (4). On the other hand, PD patients are frequently very sensitive to missing even one dose of their Parkinson medications and may exhibit increased rigidity, loss of balance, agitation, and confusion if their dosing schedule is delayed. Neuroleptic malignant syndrome or parkinsonism-hyperpyrexia syndrome can develop if their medications are withheld too long. Thus, to avoid symptom exacerbation and other adverse effects, it is recommended that the usual drug regimen continue until just before the induction of anesthesia (4).

As there have been no reported cases of non‐depolarizing neuromuscular blocking drugs worsening the symptoms of Parkinson’s disease, this class of drugs can be used as anesthesia for Parkinson’s patients (2). Although succinylcholine was previously reported to cause hyperkalemia in patients with PD, a later case series looked at seven patients with Parkinson’s disease, who received succinylcholine as part of their anesthetic management and found no signs of succinylcholine‐induced hyperkalemia (2). Recent interest has focused on the use of propofol in patients with Parkinson’s disease, although there are risks associated with its use. Propofol increases striatal levels of gamma-aminobutyric acid (GABA), and increased concentrations of GABA receptors have been observed postmortem in the globus pallidus internus of parkinsonian patients prone to dyskinesia, indicating that these patients may be more sensitive to the effects of GABA (3). Nonetheless, propofol is often used in patients with PD undergoing surgery because of its favorable anesthetic properties. However, clinicians should remain aware of the increased risk for propofol-induced dyskinesia in this patient population, especially in those with advanced disease (3).

In conclusion, Parkinson’s disease is an increasingly common disease of elderly patients who present a unique set of anesthetic challenges. With increasing life span of general population and improved medical and diagnostic facilities, it is more likely for an anesthesiologist to encounter an elderly patient with Parkinson’s disease. Unfortunately, much of the evidence about the safety of various anesthetic drugs or techniques is based on single case reports or small case series. Moving forward, prospectively constructed, multicenter trials with well-documented outcome data focusing on both the short- and long-term consequences of general and regional anesthesia on motor and non-motor aspects of PD will be highly beneficial (3).