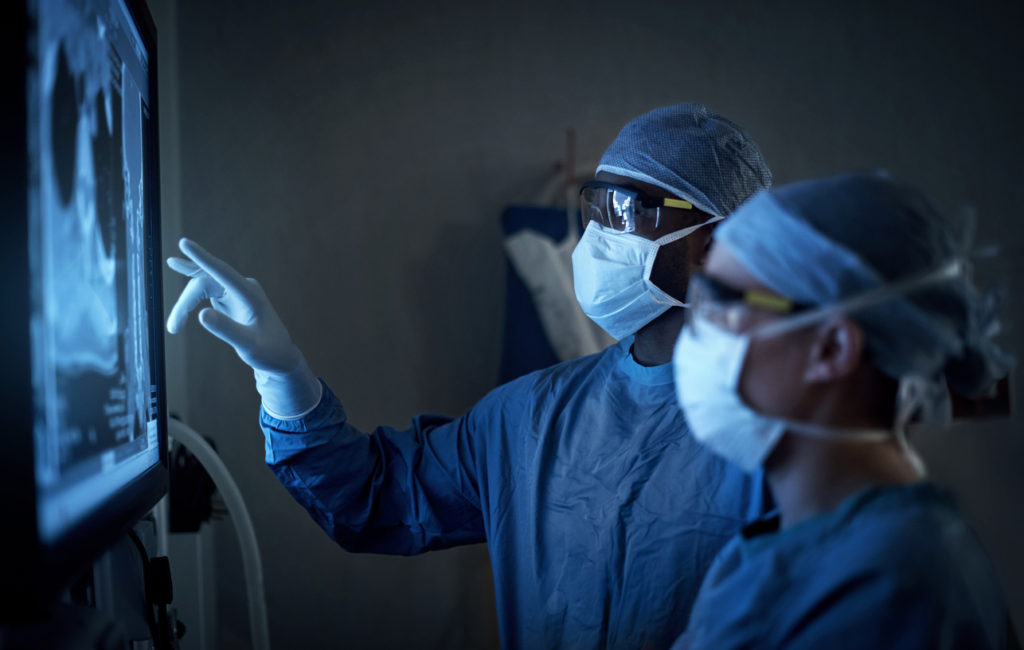 A hysterectomy is a surgery to remove a person’s uterus.1 After a hysterectomy is performed, the patient will no longer have menstrual periods and cannot become pregnant.1 Given the invasiveness and permanence of the surgery, it is highly unlikely that a clinician would perform a hysterectomy for a nonmedical reason.2 Despite the fact that many conditions solved by hysterectomy could be handled with other medical treatments, hysterectomies are very common;3 one in three women in the United States has had one by age 60.4 Because of the widespread nature of hysterectomy, it is the anesthesia provider’s job to be knowledgeable about the uses and types of hysterectomy, associated complications and research in anesthesia for hysterectomy.

The various surgeries for hysterectomy are accompanied by several alternatives for anesthetic techniques. For example, at Morosan and Popham’s institution in Australia, laparoscopic hysterectomies are performed using premedication with intravenous midazolam followed by fentanyl, propofol and atracurium or rocuronium.9 Intraoperative and postoperative analgesia include morphine, paracetamol and intravenous parecoxib.9 However, several other studies mention the use of either general or local anesthetics. In Chestnut et al.’s study on obstetric hysterectomy, which is performed at the time of Cesarean section or immediately following vaginal delivery,10 all patients received epidural anesthesia.11 Meanwhile, Moawad et al. describe a patient who underwent total laparoscopic hysterectomy under regional anesthesia.12 In cases of failed epidural injection, such as Bajwa et al.’s vaginal hysterectomy patient with a fused lumbar spine, the paramedian approach (as opposed to the traditional midline approach) can be used to achieve local anesthesia.13 Wodlin et al. found that in patients undergoing abdominal hysterectomy, spinal anesthesia with intrathecal morphine was more effective than general anesthesia in reducing postoperative pain, discomfort, opioid use and recovery time.14,15 Intrathecal anesthesia was also less costly for the hospital.15 Sprung et al. found that vaginal hysterectomy patients also showed lower pain after intrathecal versus general anesthesia, though there was no effect of anesthesia modality on length of hospitalization or patients’ postoperative functional status.16 Anesthesia providers may need to consider the patient’s reason for surgery and contraindications before selecting the optimal anesthetic drug or modality.

Hysterectomy is a common procedure that is used to treat a variety of medical conditions. Hysterectomies have numerous forms and can be approached with many surgical techniques. Anesthesia for hysterectomy can be general or local, and the type selected may depend on the patient’s condition and the anesthesia provider’s recommendation. Future research should investigate the best anesthetic drugs and induction procedures based on hysterectomy type and surgical technique.

2.         National Women’s Health Network. At what age do doctors allow women in the USA to have a hysterectomy? At What Age Can I Get A Hysterectomy October 13, 2016; https://www.nwhn.org/age-can-get-hysterectomy/.