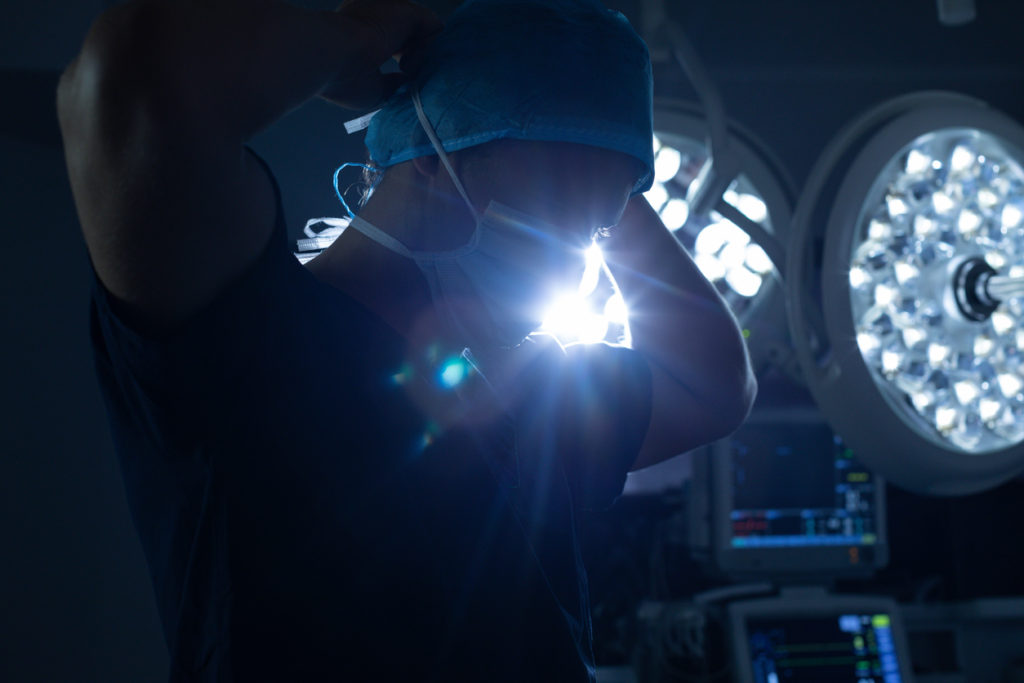 Buprenorphine is an opioid drug that can be used to treat chronic pain or alleviate opioid addiction.1 Unlike other opioid drugs such as morphine and heroin, buprenorphine has a limit in its ability to produce a “high” or euphoric effect.1 Buprenorphine was discovered in 1966 as an alternative to morphine by the company Reckitt and Colman.2 Thirty years later, it was introduced as a drug treatment for narcotic addiction.2 Because of its role in pain management, anesthesia providers should be aware of its biological mechanisms, applications and perioperative implications.

Buprenorphine is a weak partial m-opioid receptor agonist and a weak k-opioid receptor antagonist.3 Buprenorphine binds to the m-opioid receptor and displaces other opioids, such as heroin, oxycodone or methadone.3 Because buprenorphine is a weak partial agonist, it does not activate these receptors to the same extent as full agonists.1 This results in a slow onset of action and a “ceiling effect,” wherein once a certain dose is reached, buprenorphine’s effects plateau.3 This can be beneficial in lowering dose-related side effects and reducing risk of overdose.3 Also, buprenorphine can provide analgesia for opioid-dependent patients without sedation, euphoria or other addictive effects.4 It has a large volume of distribution and is 96 percent protein bound, meaning that it stays in the blood for an extended period of time;5 in fact, its elimination half-life ranges from 31 to 42 hours.3 Buprenorphine is readily absorbed through gastrointestinal and mucosal membranes, and is primarily metabolized in the liver by the enzyme CYP3A4.5 Due to extensive metabolism, buprenorphine has relatively lower bioavailability if swallowed when compared to sublingual or intravenous administration.5 The primary buprenorphine metabolite is norbuprenorphine, an active metabolite that is unable to cross the blood-brain barrier and thus has negligible effects.5 Both buprenorphine and norbuprenorphine are excreted in the feces and urine.3 Buprenorphine is useful due to its long-acting nature and comparatively low addictive potential.

According to the United States Food and Drug Administration (FDA), buprenorphine has three main applications: opioid detoxification, in which an individual is slowly weaned off opioid medications while avoiding withdrawal symptoms;6 opioid maintenance, which is the long-term substitution of illicit opioid drugs with a regulated opioid;5 and pain management.5 When prescribed for opioid detoxification or maintenance, buprenorphine is a sublingual tablet.6 It also comes in combination with naloxone in the form of a sublingual tablet (Zubsolv), sublingual film (Suboxone) and buccal film (Bunavail).6 Suboxone is currently considered the gold standard of medication-assisted treatment for opioid addiction.2 For pain management, buprenorphine comes in a liquid form (Buprenex) and is administered intramuscularly or intravenously.5 Clinicians who prescribe buprenorphine must have a special license from the federal government.7

Because anesthesia providers use opioid drugs for perioperative pain management and sedation, they must be especially diligent with a patient who is currently taking buprenorphine and may experience drug interactions. A systematic review by Goel et al. found that observational studies and case reports do not show evidence for discontinuing buprenorphine perioperatively, especially with a low dose.8 With patients who have the potential to relapse to opioid use disorder (OUD), discontinuation of buprenorphine should be strongly supported by the patient and surgical team.8 Similarly, a paper by Lembke et al. strongly supported the continuation of buprenorphine use throughout the perioperative period by patients with OUD.9 Martin et al. found that patients treated with sublingual buprenorphine needed larger doses of opioid drugs during the early postoperative period, and that this was true among patients who continued or discontinued buprenorphine perioperatively.10 Meanwhile, Leighton and Crock describe a case series of patients who received successful postoperative pain management through nonopioid analgesics, regional anesthesia, continuation of buprenorphine and use of opioids with high μ-opioid receptor affinity.11 Several other authors have written papers and conducted studies on the subject, recommending careful consideration of acute postoperative pain and relapse risk, as well as multidisciplinary collaboration among clinicians and addiction specialists.12,13

Buprenorphine is a partial opioid agonist-antagonist that provides the pain relief of opioid drugs without effects such as euphoria, sedation or addiction. Buprenorphine can be used for opioid detoxification, opioid management or pain control, and it comes primarily in sublingual, buccal or injectable forms. Given its effects on opioid receptors and its use for patients with OUD, buprenorphine use has implications for perioperative pain management. Anesthesia providers should consult with their patients, other clinicians and addiction specialists when deciding to continue or discontinue buprenorphine during the perioperative period.

4.         Tzschentke TM. Behavioral pharmacology of buprenorphine, with a focus on preclinical models of reward and addiction. Psychopharmacology. 2002;161(1):1–16.

9.         Lembke A, Ottestad E, Schmiesing C. Patients Maintained on Buprenorphine for Opioid Use Disorder Should Continue Buprenorphine Through the Perioperative Period. Pain Medicine. 2019;20(3):425–428.