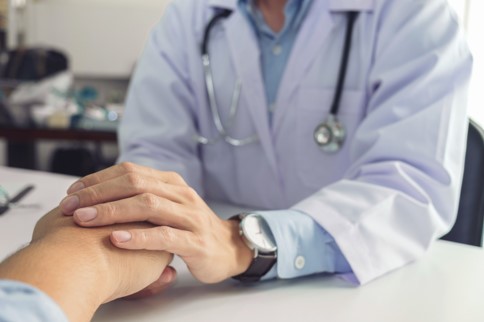 This post is part of a series exploring the issues of ethics in anesthesiology practice.

When considering the ethics of anesthesiology practice, most people would think in the present tense. However, this aspect of anesthesiology has a storied history that dates back to 1917 in Filicudi, Italy. It was there that John Bonica was born, a founding force in shaping the field of anesthesiology as it exists today. Bonica took an unconventional path to his profession. After immigrating to the United States at about ten years of age, Bonica took up wrestling in high school. He then became a professional wrestler as a young adult under the name “The Masked Marvel” and financed his medical education and the launch of his profession. Then, over the course of his career as a military anesthesiologist, he confronted extreme suffering that moved him deeply and inspired a lasting interest in pain management.

In 1953, John Bonica published his seminal work The Management of Pain. The book offered a novel investigation of pain management as a distinct area of study—it is the first textbook of its kind. This book launched Bonica’s lifelong leadership of anesthesiology practice, especially around the professional ethics of the field. In the 60s, he established the first multidisciplinary pain clinic. By 1970, Bonica led the launch of the International Symposium on Pain, which in turn gave rise to the International Association for the Study of Pain (IASP).

Perhaps most importantly, Bonica spoke publicly of pain relief being a human right. His framing of pain management as not only an important discipline of its own right, but also one where human rights were concerned, presents the spirit of ethical anesthesiology that continues to this day. The central mission is to prevent and alleviate pain threads throughout the principles and practice of every anesthesiologist. While Bonica’s leadership in the field helped to form ethical practice as a central tenant of anesthesiology, you can find similar motivations in the work of contemporaneous anesthesiologists. Because of anesthesiologists’ uniquely proximal role to the experience of pain, it naturally follows that this profession would be leaders in the ethical implications that arise.

Anesthesiology ethics are not merely an adaption of a broader ethical code in medicine, but rather a movement unto itself that has often set standards for other specialties to follow. Anesthesiologists are at the bedside when patients are in their most extreme moments of vulnerability. Pain management and surgical safety are essential to the entire spectrum of illness and treatment. As such, an anesthesiologist is almost always involved when difficult and novel ethical questions arise in medical care. This is one reason that anesthesiologists work under such intense pressure, but also why their work can be so meaningful.

Anesthesiology is complex technically, clinically and ethically. As the specialty has grown in numbers, scope of practice, and scientific complexity, so too have the ethical issues that are prompted by these advances. Anesthesiologists will likely continue to face these developments as the field progresses, and in the spirit of Bonica, center their efforts around the ethical treatment of pain.