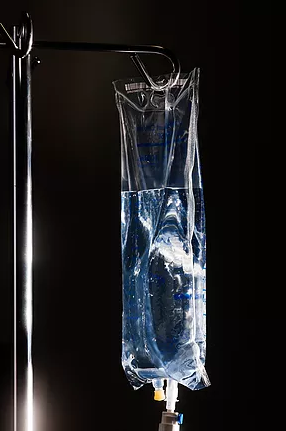 Every so often, a curious patient will ask how the drugs they receive work exactly. Seeing as “No one knows for sure” is hardly a reassuring response, I typically go into a simplified discussion of intravenous agents and their known receptor targets. Yet for the volatile anesthetics, the topic has been one of debate for over a century.

The issue with inhaled anesthetics is that their structures are too varied for them to plausibly act upon a single shared receptor, and so many different receptors causing so reliable and common a response was equally unbelievable. Around 1900, Meyer and Overton independently introduced the correlation that would come to be named for them: that volatile anesthetics’ potencies were directly proportional to their lipid solubility. This led to a theory that would dominate until the 1970s: that anesthetics interact with the neuronal lipid bilayer, changing its properties in some way to alter neuronal transmission.

However, in the 1970s Franks and Lieb redemonstrated the Meyer-Overton correlation in the absence of lipids. They found that clinical doses of inhaled anesthetics inhibited proteins such as firefly luciferase in a lipid-free model with potencies that followed the Meyer-Overton correlation. This lent weight to the theory that anesthetics did indeed have specific receptor targets, and studies have revealed their interaction with multiple ligand- and voltage-gated ion channels. However the data is still conflicting as to whether these direct interactions can fully explain the agents’ effects; for instance, knockout mutations of certain GABA channels known to be targets of volatile anesthetics have failed to prevent anesthetic effects.

One popular theory was that anesthetics disturbed the lateral pressure of the lipid bilayer, thereby changing the conformation of ion channels that span the membrane and altering neuronal function. In their study published this year, Herold et al disproved this by showing that clinical concentrations of various anesthetics did not change bilayer properties as detected through a well described gramicidin-based fluorescence assay. Gramicidin is an antibiotic which exists in equilibrium within the lipid bilayer as monomers and a dimerized channel which spans the bilayer. This equilibrium is disturbed by even small perturbations of lipid bilayer properties, altering the channel’s ability to allow fluorescent markers through the membrane. Gramicidin channel conduction was unaffected by anesthetics at clinical concentrations, though at toxic doses the bilayer was sufficiently disturbed to alter channel function.

While the exact mechanism of action of inhaled anesthetics remains elusive, the latest evidence downplays the role of the lipid bilayer.