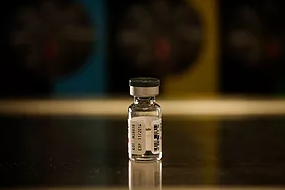 Ketamine is known to anesthesiologists for its unique anesthetic profile of relative hemodynamic stability (due to its sympathomimetic properties which compensate in most patients for its direct myocardial depressive effects), lack of respiratory depression, bronchodilation, and significant analgesic properties. It acts primarily as an N-methyl-D-aspartate (NMDA) antagonist, which accounts for many of its benefits including its emergence as an attractive adjuvant in chronic pain patients. At sub-anesthetic doses, ketamine has been shown to have opioid-sparing effects perioperatively, with the added bonus of reducing postoperative nausea and vomiting. Sub-anesthetic doses are typically <2mg/kg intramuscularly or 1mg/kg intravenously, and <1.2mg/kg/hr for continuous infusions. Ketamine has the greatest opioid sparing effect in upper abdominal and thoracic surgeries, though it is still effective to a lesser degree in orthopedic and lower abdominal surgery. It is not significantly effective in reducing opioid consumption in ENT or oral surgery. The more painful the surgery (the higher the VAS scores), the greater ketamine’s opioid sparing effect. In addition to its use as an adjuvant in preexisting chronic pain, ketamine may help prevent the development of chronic postsurgical pain – a phenomenon seen in 10-50% of surgical patients. It is theorized that persistent pain after surgery after wound healing is likely due to iatrogenic nerve damage, and ketamine’s ability to diminish central sensitization helps to prevent these injuries from developing into chronic pain. In a systemic review, the relative risk of developing chronic pain after surgery was reduced by 25% (NNT 12) at 3 months and 30% at 6 months. Short term benefits of ketamine have been shown in the treatment of various types of neuropathic pain disorders, migraine, fibromyalgia, ischemic pain, whiplash injury, and TMJ disease. Ketamine is postulated to enhance descending inhibition, though its action on many other central receptors in addition to NMDA (including opioid) may play a role as well. Ketamine has also been shown to reduce opioid-induced hyperalgesia, which can potentially be helpful for the cancer patient population who are often on high doses of opiate medications. In CPRS patients, ketamine has also shown long-term benefits. Pain scores in several studies were reduced up to 3 months with a several-day course of intravenous ketamine infusion. The logistics of delivering ketamine in the outpatient setting for chronic pain present a barrier to wider use, as it has poor oral bioavalability. It does exist as intramuscular, sublingual, nasal and rectal formulations, but these are neither well-studied or widely used. The safety of long-term ketamine use is poorly defined, though it is known to cause such side effects as cystitis, bladder contracts, hepatic dysfunction, and a multitude of psychological side effects, including addiction. Further studies are needed for long-term use of ketamine in the management of chronic pain, but as a perioperative adjuvant it is a well-established and useful tool in the anesthesiologist’s toolbox. Peltoniemi, M.A., Hagelberg, N.M., Olkkola, K.T. et al. Ketamine: A Review of Clinical Pharmacokinetics and Pharmacodynamics in Anesthesia and Pain Therapy. Clin Pharmacokinet (2016) 55: 1059.