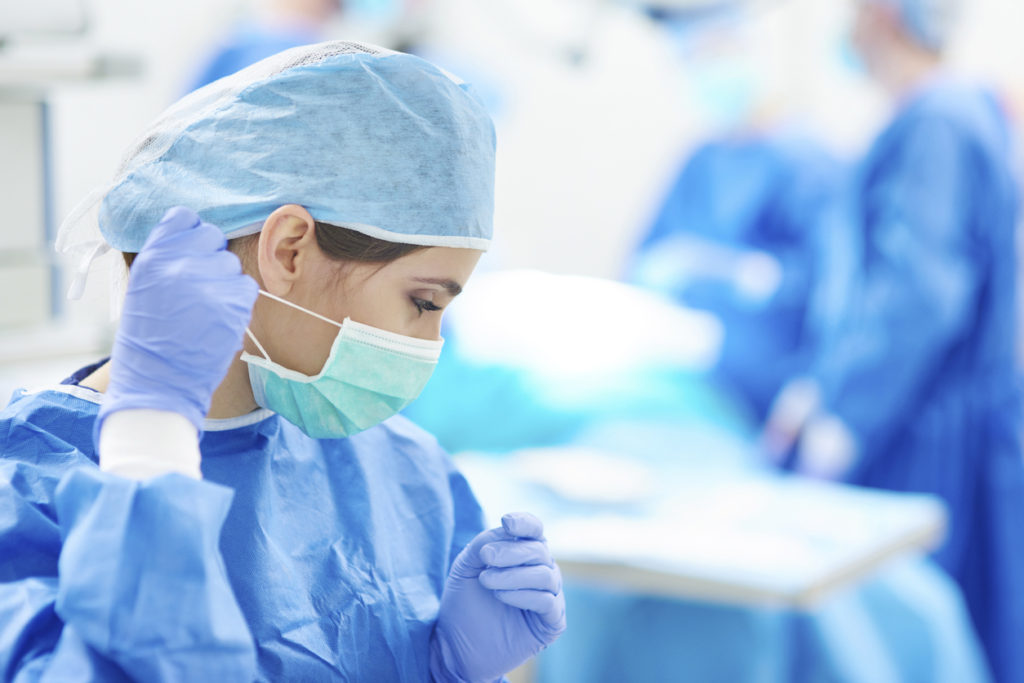 Pethidine, also known as meperidine in North America, is a less potent opioid drug with analgesic effects.1 Pethidine, which is now sold as Demerol, was first discovered in 1939 during a search for muscle-relaxing compounds, and its original use as an asthma treatment was abandoned when practitioners realized it has opioid agonist properties.2 The use of pethidine is declining due to its cardiac effects and histamine release, which can cause further unpleasant side effects.1 Regardless, pethidine is still a well-known analgesic drug. Thus, anesthesia providers should be familiar with its biological mechanisms, clinical uses and side effects.

The molecular formula of pethidine is C15H21NO2, and it is a derivative of phenylpiperidine.3 Similar to other opioid drugs, it exerts its analgesic and sedative effects through weak agonism of the m-opioid receptor in the central nervous system;4 however, it also has an affinity for k-opioid receptors.5 Derivatives of pethidine include fentanyl, sufentanil, alfentanil and remifentanil.5 Because it is a weaker opioid agonist, pethidine has one-tenth the potency of morphine.6 It also has a more rapid onset of action than morphine due to increased lipid solubility, which allows for quicker distribution.6 After intravenous dosing, the sedative and analgesic effects of pethidine occur within two to four minutes.7 Pethidine has a short duration of action ranging from two to three hours.2 It is metabolized by enzymes of the CYP450 family in the liver, such as CYP3A4 and CYP2B6.3 One active pethidine metabolite, normeperidine, has convulsant properties that can cause agitation, tremors and seizure-like activity.7 Normeperidine is twice as toxic as pethidine with a 15-hour half-life, and its accumulation is enhanced with patients who have liver damage or who are treated with CYP450 inhibitors.6 Pethidine’s pharmacological actions make it similar to other opioid drugs, though its metabolism is unique.

Pethidine administration provides analgesia in many contexts. According to the World Health Organization (WHO), pethidine can be used for preoperative management of musculoskeletal and visceral pain, for premedication before general anesthesia, as an adjunct to inhalational and other anesthetic agents, to prevent tachypnea (abnormally rapid breathing) induced by trichloroethylene (an inhaled anesthetic), alone or in combination with diazepam for pain reduction in fractures and other minor interventions, for postoperative analgesia or for obstetric analgesia.8 However, some researchers suggest that due to a short duration of action, pethidine is more practically used as a preanesthetic medication than as a postoperative analgesic.9 Pethidine is different from other opioids due to its local anesthetic properties, which allow for its use in surgical spinal analgesia.6 It is commonly used for pain relief during labor and delivery,10-12 and is usually administered during the first stage.13 Pethidine is mostly administered intravenously, intramuscularly or intrathecally.14

Like other opioids, pethidine is associated with several side effects, including nausea, vomiting, dizziness, drowsiness and confusion.8 One study found that when compared to tramadol, pethidine caused more nausea, vomiting and drowsiness in full-term parturients.12 More severe adverse effects include hypotension, bradycardia, heart palpitations and respiratory depression.8 Compared to other opioid drugs, pethidine has more excitatory effects including tremors, muscle spasms, myoclonus (involuntary muscle jerks), psychiatric changes and seizures.6 It also increases heart rate at increased dosages, rather than decreasing it.15 If pethidine interacts with medications such as monoamine oxidase inhibitors, it can cause hyperpyrexia (high fever), hypertension and even death.15 Accumulation of normeperidine, pethidine’s main metabolite, can lead to death in patients with impaired liver function.15 Due to its relatively weak function as an opioid agonist and its extensive side effects, researchers recommend that pethidine be used only when other opioid agonists are unavailable or when there is a specific indication.15

Pethidine is a less potent opioid drug that has a faster onset and shorter duration of action than morphine. Pethidine acts as a weak agonist of opioid receptors, which creates sedation and analgesia. It is metabolized in the liver, leading to the production of the active metabolite normeperidine. Pethidine can be used for premedication, as an adjunct to general anesthesia, for labor analgesia or—unlike other opioids—as a local analgesic. Pethidine has an unfavorable side effect profile, including nausea, vomiting, drowsiness, convulsions, increased heart rate and hepatotoxicity. Anesthesia providers should consider using pethidine when other opioid drugs are not available.