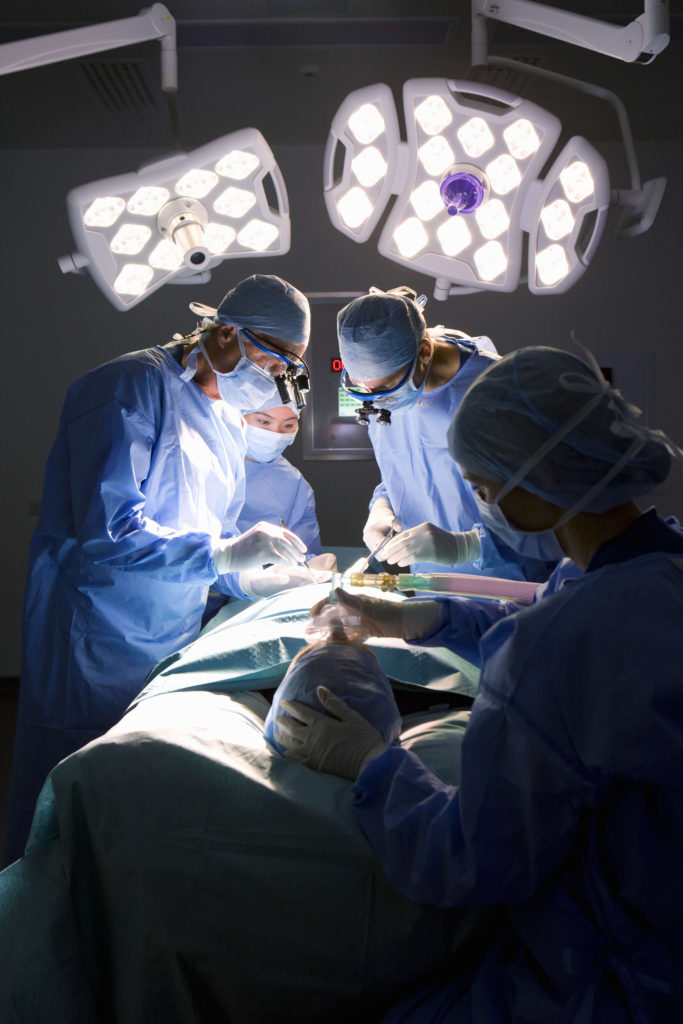 Surgical site infections (SSI) are the target of several national and institutional initiatives as they not uncommon, affecting 1-3% of post-operative patients.1 While some infections are superficial and associated with mild irritation and discharge, deeper infections can impair wound healing, causing incisions to re-open (“dehiscence”) and infection to spread via the blood stream to other parts of the body. Some studies have shown that procedures on the abdomen (such as complex procedures on the liver, intestines, or pancreas) can be associated with up to a 25% incidence of SSI in at-risk groups.2 SSIs can occur up to 30 days after surgery, well after patients have left the hospital. For this reason, follow-up visits are typically scheduled within 2 weeks for most surgeries involving a significant skin incision. However, compliance with follow-up is not perfect, and brewing infections can go unmonitored for long periods of time.

Several well-studied patient and surgery-related characteristics can increase the risk of SSI. In general, the anesthesia team evaluates for conditions that affect the immune system by decreasing the number, function, or reach of our white blood cells. These include diabetes, heavy alcohol or intravenous drug use, smoking, cancer, kidney or liver disease. Longer procedures increase the likelihood of environmental contaminants, even in standard sterile conditions. Furthermore, surgeries on the digestive system (e.g. small intestines, colon; class II), emergency procedures with trauma (class III) or in areas of known pre-existing infection (class IV) can progressively increase the risk of bacterial infection and abscess formation. A risk calculator has been developed (and freely available) to assist surgeons, patients, and families in understanding the risks of major complications after surgical procedures.

If a SSI is suspected, a wound culture (e.g. a sample of discharge or other substance from the wound combined with a growth medium to stimulate growth on a petri dish) is taken and observed for several days to determine both bacteria type as well as sensitivity to different antibiotics. Many superficial infections are the result of bacteria living nearby on the skin, such as a “staph” infection which are dependent on oxygen (termed”aerobic” bacteria.) Deeper infections include bacteria that like to hide from oxygen in abscesses (termed “anaerobic” bacteria). 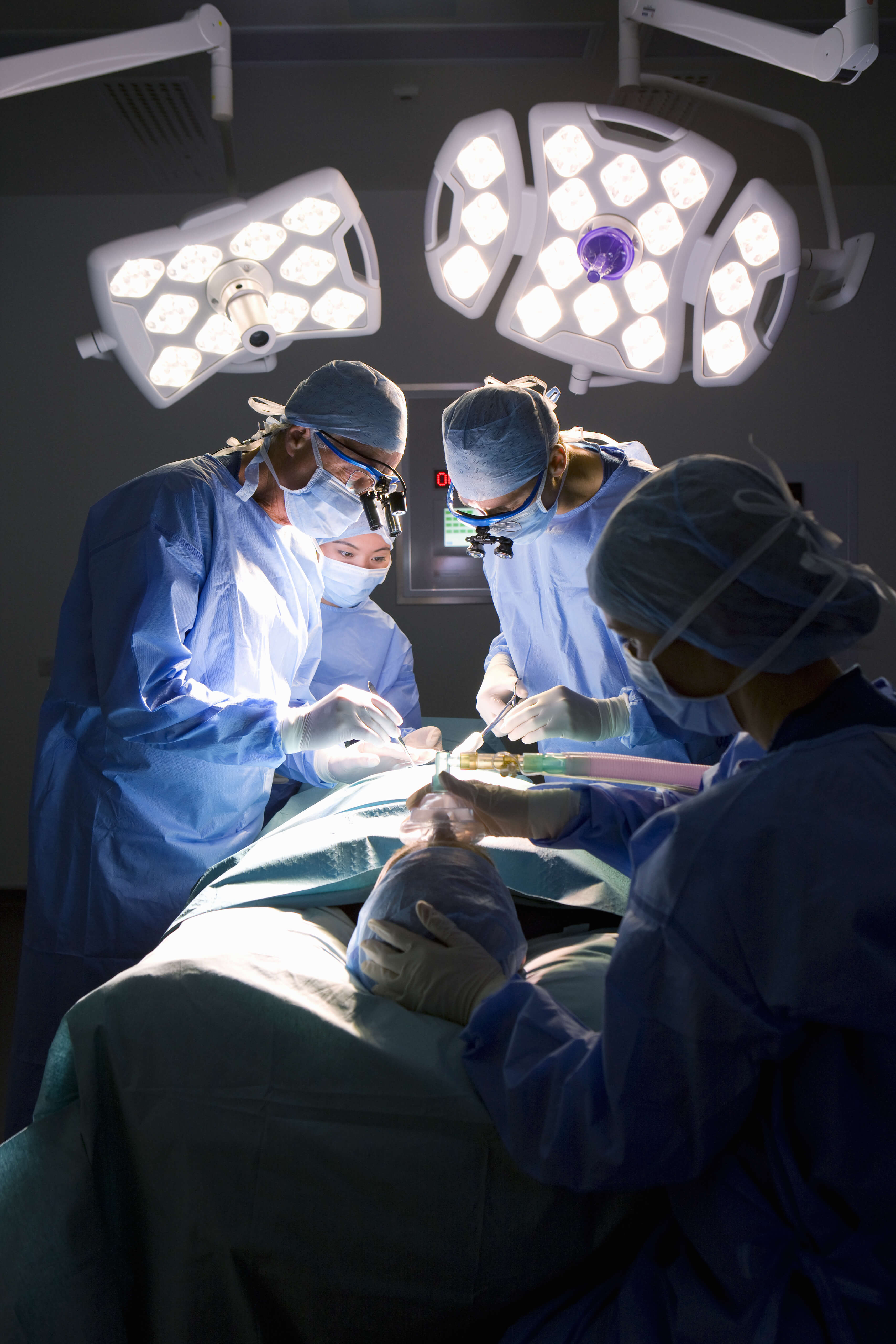 Such infections after surgery require a thorough evaluation (with an assessment for the need for re-operation) and several weeks of antibiotics, contributing significantly to healthcare costs that can exceed $20,000.4 For example, SSIs consist of 15% of hospital-acquired infections, and when this statistic is combined with its prevalence, leads to more than $2 billion incurred in healthcare costs.4,5 For this reason, the anesthesia and perioperative care teams emphasize multiple evidence-based strategies during the pre-operative visit and enforce them during the day of surgery:

– Patient pre-operative instructions: Patients are instructed to shower the night before many surgeries. Chlorhexidine gluconate an antiseptic that binds to and breaks down bacteria cells, is frequently given to patients to use in the shower prior to surgery

– Hand-washing: Always receiving the most focus, hand hygiene protocols in hospitals call for adequate hand washing and scrubbing in a sub-sterile environment immediately prior to entering the operating room. Hand sanitizers are recommended for intermittent use during and after procedures, especially when the anesthesia team goes between different equipment and medications.

– Sterile precautions: Several practices are standard in the operating room, including the use of sterile gloves, autoclaved instruments, and large blue surgical barrier drapes. Skin preparation with chlorhexidine (i.e. Chloraprep) or iodine (i.e. Betadine) is mandatory.

– Antibiotic prevention: Certain antibiotics, especially cefazolin (i.e. Ancef, Kefzol) are given by the anesthesiologist within 30-60 minutes of the anticipated start of surgery to prevent potential infections. Different antibiotics may be given as “prophylaxis” if the operative team anticipates exposure to specific types of bacteria.

– Wound irrigation and post-operative antibiotics: In any case that is considered to have significant exposure to bacterial pathogens, especially procedures in the abdominal cavity, the surgeon will thorough explore for any potential debris and instill irrigation fluid prior to closing the surgical incision. Furthermore, patients with a compromised immune system and those deemed to already have a severe infection will be continued on antibiotics after surgery, sometimes receiving multiple doses a day through an intravenous catheter for several weeks.

– Debunked techniques: Certain practices have been evaluated and deemed to not affect SSI incidence:
– Shaving: A practice which can increase SSI risk by causing breaks in the skin, especially if done prior to coming to the hospital on the day of surgery. If a surgical incision is to be made in an area with hair, electric clippers can be used by the surgical team immediately before incision.
– Ventilation systems in the OR: Conventional ventilation systems and novel “laminar” flow systems do not affect the incidence of SSI.6