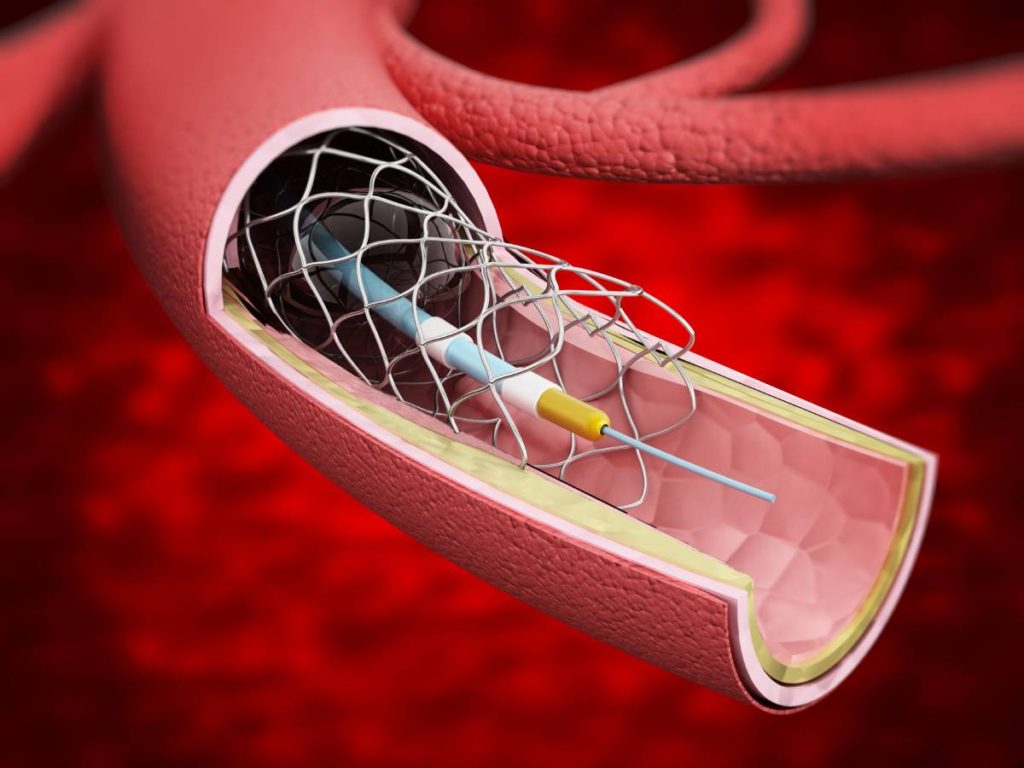 Aortic disease kills about 10,000 people in the US every year, and aortic aneurysms in particular are an emergent subset of aortic disease3. Aortic aneurysm rupture is often a fatal condition, and thus surgical therapies, either open surgery or endovascular repair, aim to prevent rupture from occurring. There have been four main randomized trials that compared patient outcomes from either type of procedure: DREAM, EVAR trial 1, OVER and ACE1. Of these four trials, the first three show an early survival benefit to endovascular repairs, but the long-term maintenance of this survival benefit varies between trials1. Moreover, the DREAM and EVAR trials found that endovascular procedures were associated with increased complications requiring secondary surgeries, which increase morbidity and mortality1. These findings call conventional wisdom that less invasive procedures are better for patients into question, particularly when looking at the long-term outcomes of patients included in the trials.

A study published in the Society for Vascular Surgery in 2017 revisited the data from the DREAM study and reinvestigated long-term outcomes for the patients in it1. These patients all had abdominal aortic aneurysms and were randomly assigned to receive either open surgery or endovascular repair1. Overall, this study found that, 12-15 years post-aneurysm repair, there seemed to be no survival difference between the two procedures1. They replicated that early survival benefit with endovascular aortic repair seen in the earlier trials, however data did not agree with the earlier hypothesis that long-term survival post-endovascular repair would be decreased due to a higher incidence of secondary procedures1. They also did not find any association between endovascular repair and cancer, even though previous studies had hypothesized an increased mortality due to cancer from ionizing radiation from the procedure1. However, two patients followed in this study died after more than 6 years of follow-up due to issues with durability of the stent grafts1. This finding is reinforced by the data showing that many of the secondary procedures post-endovascular repair were related to the stent, while secondary procedures after open heart surgery are uncommon1. However, the paper asserts here that despite these issues, there was no significant difference between open heart and endovascular procedures in terms of safety or long-term survival1. Having the option to do a minimally invasive repair has, however, allowed patients who could not tolerate open surgery to be treated, decreasing the number of deaths attributed to AAA rupture1.

Thoracic aortic aneurysms involve the aortic root, ascending aorta, aortic arch or descending aorta, and are often associated with connective tissue disease or the bicuspid aortic valve2. In the case of TAAs, endovascular repair is indicated only if the aneurysm is > 5.5 cm, and open surgery is indicated if the aneurysm is > 6.0 cm, and these guidelines vary for different high-risk populations2. Descending TAAs resemble AAAs in etiology, however indications for open surgery vs. endovascular repair are a bit more variable2. Open surgery is considered a major operation, associated with significant morbidity and mortality risks, including paraplegia2. Though there is a lot of variability in outcomes post-endovascular repair for DTAA, preliminary studies suggest that endovascular repair may be associated with lower perioperative and post-operative morbidity2. Literature for DTAA repair is limited and will likely be a burgeoning field of study in the coming years2.