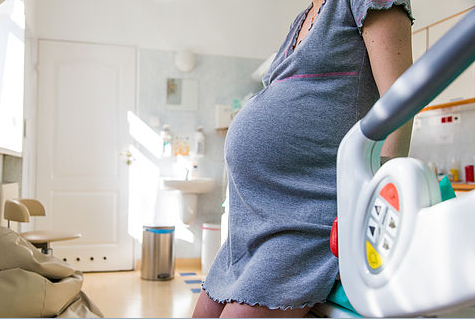 Cesarean delivery is the most commonly performed major surgery in the country. Effective postoperative pain management is of foremost concern for patients, and should be achieved through a multimodal approach. Potential complications for poor pain control in the immediate postoperative period include delayed functional recovery, poor maternal-fetal bonding, increased postpartum depression, and development of chronic incisional and pelvic pain. Persistence of pain beyond 6 months after surgery may occur at an incidence as high as 18% after cesarean births, which is higher than for vaginal deliveries but lower than non-obstetric surgeries.

Neuraxial anesthesia offers superior perioperative pain control than general anesthesia, and is more effective at preventing the development of chronic pain. Single shot spinal anesthetics (the most common technique), epidural and combined spinal-epidural techniques are all viable options. If epidural catheters are used, they are often removed immediately postoperatively to maximize patient mobility, decrease risk for thromboembolic events, decrease cost, and minimize unnecessary burdens to nursing staff. Most patients do not require continuation of epidural infusions, however for high risk patients, e.g. those with preexisting chronic pain, the benefits may outweigh the risks.

Intrathecal or epidural morphine is recommended in all patients who undergo neuraxial anesthesia for cesarean births, as it has been shown to decrease systemic opiate requirements and decrease postoperative pain scores. Its duration of action lasts from 14 to 36 hours, significantly longer than its more lipophilic counterparts such as fentanyl. At doses greater than 100mcg, there is an increased incidence of nausea, vomiting and pruritus. Respiratory depression is a worrisome side effect, however was not observed in any of the studies included in a 2016 meta-analysis. Some anesthesia providers are wary of administering neuraxial opiates to women with morbid obesity or obstructive sleep apnea, however such administration is still preferable than IV opiates for pain control.

Routine scheduled use of non-opiate adjuncts such as non-steroidal anti-inflammatory drugs and acetaminophen is recommended in all cesarean patients unless contraindicated (e.g. NSAIDs should be avoided in cases of maternal hemorrhage). The opiate-sparing effects are not insignificant – 30-50% decrease for NSAIDs and 20% for acetaminophen.

Wound infiltration of local anesthetics is effective in reducing somatic pain and decreasing opiate requirements for up to 48 hours postoperatively. A continuous infusion delivered via subfascial catheters placed intraoperatively by the surgical team is more effective than single shot infiltration. Such catheters offer greater patient mobility than epidural catheters.

Transversus abdominis plane (TAP) blocks also treat somatic pain and can improve pain scores and reduce opiate use in patients who undergo cesarean birth under general anesthesia or when neuraxial morphine is not used. It is also a useful “rescue” technique, i.e. when spinal anesthetic wears off. The duration of action is from 6-12 hours.

Multimodal postoperative pain management should be a priority in patients undergoing cesarean delivery. Awareness of the various modalities of analgesia should be made available to patients and providers.