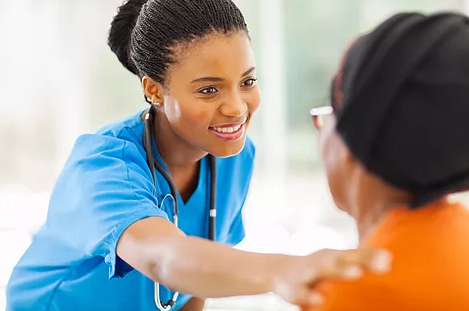 When an elderly loved one needs surgery, there are a host of worries and fears in the minds of friends, family, and caregivers. Advanced age predisposes people to many surgical complications, but one of the most common yet least recognized is post-operative delirium (POD). A 2015 review of scientific literature about POD defines delirium as “an acute decline in cognitive function and attention and represents acute brain failure” (1). Delirium can occur in any surgical patient, but is much more common in the elderly. While surgeons and anesthesiologists are trained to detect a multitude of post-operative complications, POD can slip through the cracks because it has such variable manifestations. Not only do clinicians, particularly anesthesiologists, need to be more educated about preventing, detecting, and treating POD, but family members and caregivers also need to play a role in monitoring the patient to be sure that the symptoms of delirium are detected promptly. POD is of increasing relevance due to the aging population of the United States. Clinicians involved in outpatient care must be especially careful to assess a patient’s risk of developing POD in planning procedures, and should administer tests to evaluate the patient’s cognitive status before discharge.

Risk factors for POD can include age, invasiveness and length of the operation, pre-existing dementia, certain medications, and alcohol abuse. POD is a serious issue because it is associated with poor surgical outcomes, cognitive decline, development of dementia, increased length of hospital stay, and increased risk of morbidity and mortality. POD can also be an initial indicator of heart problems. The prompt detection of POD can help to allay these issues. It is vital that surgeons and anesthesiologists consider a patient’s risk factors for POD before, during, and after surgery.

But what should a family member, caregiver, or clinician be looking out for? POD typically manifests in the first day or two after the operation. There are three main types, which are associated with different sets of symptoms. Hyperactive delirium is associated with agitation and increased activity. Hypoactive delirium, the most common subtype, is associated with lethargy and decreased activity. The third type is mixed delirium, and patients can exhibit a blend of the characteristics of hyper- and hypoactive delirium. The most common symptoms of POD are fluctuations in consciousness, cognitive deficit, visual or auditory hallucinations, impaired motor skills, lethargy, agitation, trouble sleeping, poor concentration, trouble communicating, and severe mood swings. When a patient may be showing symptoms of POD, there are a variety of assessments which clinicians can use to measure their cognitive function. The two most commonly used for POD are the Confusion Assessment Method (CAM) and the Mini-Mental State Examination. Even if a patient’s delirium doesn’t meet clinical standards, it should still be monitored, and environmental measures to ameliorate it can be taken.

There are many ways that POD can be treated, as well as preventative measures that can be taken before surgery. Environmental treatments and preventative measures can include placing orienting materials such as a clock and a calendar in the patient’s room, keeping the room calm and quiet, ensuring that glasses and hearing aids are accessible, helping patients get up and moving as soon as possible after surgery, keeping track of nutrition, preventing dehydration, and having familiar faces around to make patients feel grounded. Anesthesiologists should carefully monitor the drugs administered, particularly sedatives and muscle relaxants, as well as oxygen levels and blood pressure. In some severe cases, POD can be treated with antipsychotic drugs such as haloperidol, though recent studies have indicated that it may not be as effective as previously thought (1).

Amid the many worries and concerns that beset the loved ones of a surgical patient, it is important to keep POD in mind, because often the family and friends of a patient are best situated to look for signs of POD. While clinicians should be sure to administer tests of cognitive function, the loved ones of the patient know them best and typically spend the most time with them. Clinicians and family members need to work together to ensure that POD is detected and treated as expeditiously as possible, and there are many simple and inexpensive strategies that can have a big impact.